Ash-smeared and dreadlocked Naga sadhus or Hindu ascetics, naked except for rosary beads and garlands and smoking wooden pipes, are a huge draw at the world’s largest religious festival. The Kumbh Mela is traditionally held every three years, alternating between the four holy cities of Prayagraj (Allahabad) and Haridwar (both on the banks of the Ganges River, in north India), Ujjain (on banks of the Kshipra River, in central India) and Nashik (on the banks of the Godavari River, in western India). More than 2,000 years old, the festival is a meeting point for the Hindu sadhus, some who live in forests or Himalayan caves, and who belong to dozens of inter-related congregations. The festival has its roots in a Hindu tradition that says the god Vishnu wrested from demons a golden pot containing the nectar of immortality.

Some naked, some wrapped in saffron or leopard-print cloth and smoking cannabis pipes, the holy men hold court by fire pits in sprawling camps decorated with coloured neon lights, where they are visited by pilgrims who proffer alms and get blessings. After visiting the Kumbh Mela of 1895, Mark Twain wrote: "It is wonderful, the power of a faith like that...” Attended by millions the culmination of the pilgrimage involves a single-day of ritual bathing in the rivers of these cities.  Bathing in the waters of the rivers is a sacred act, believed to bring about spiritual cleansing and renewal. 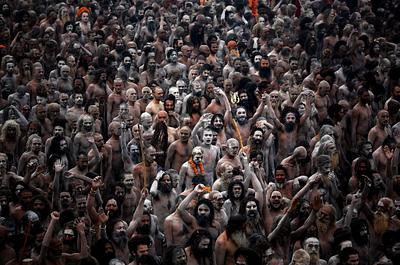 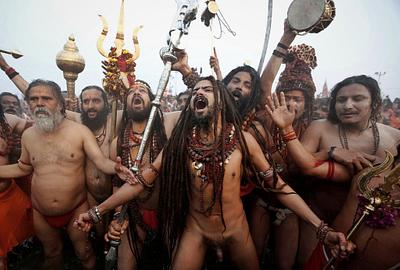 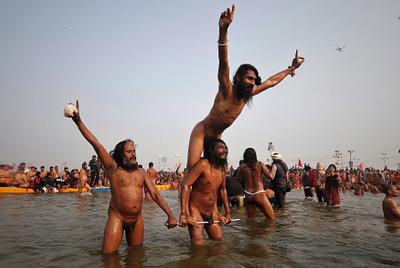 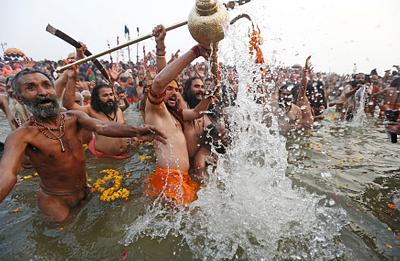 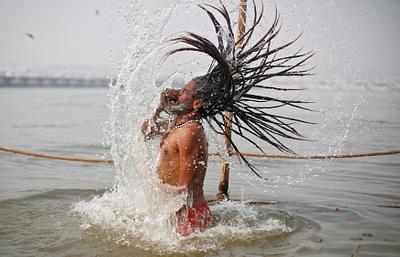 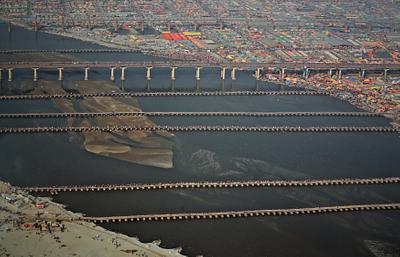 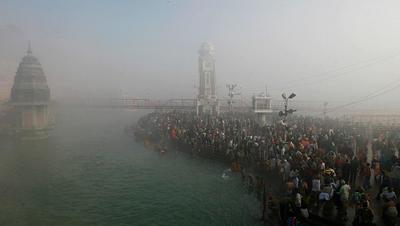 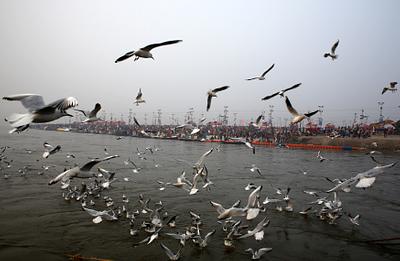 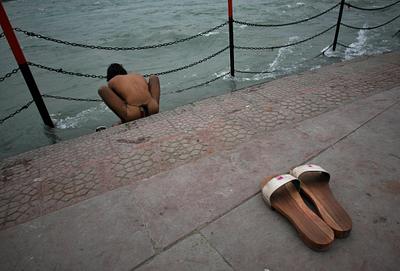 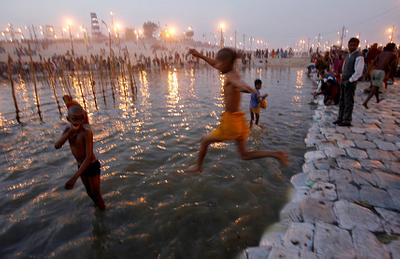 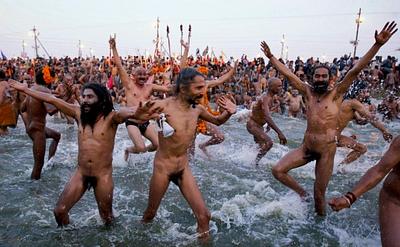 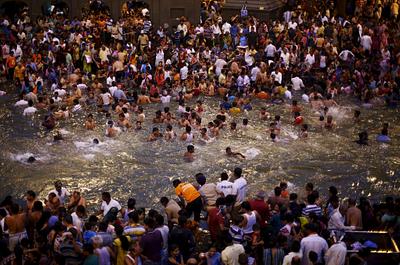 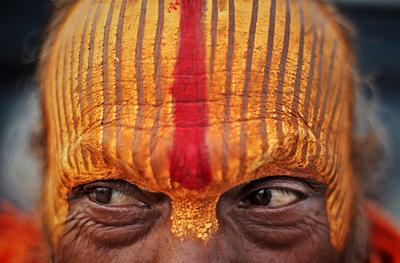 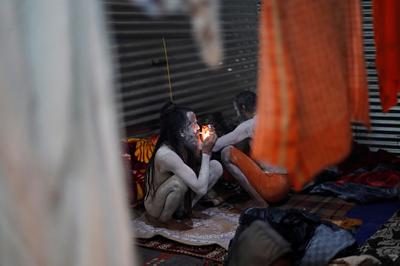 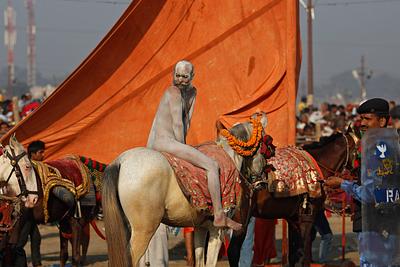 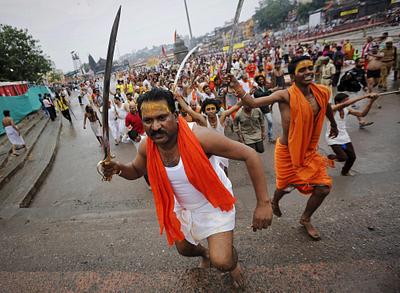 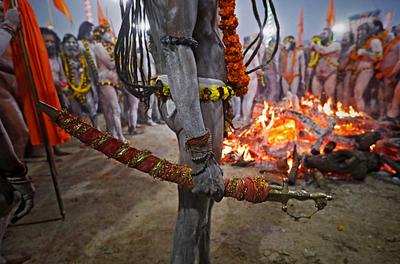 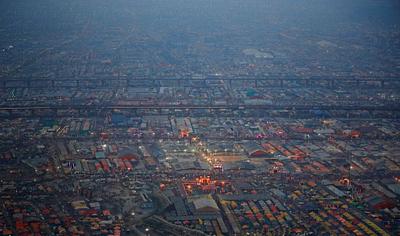 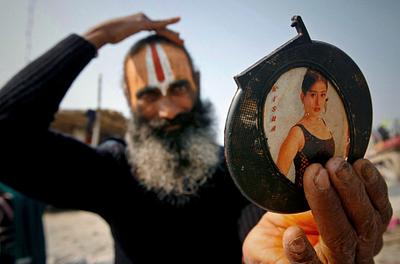 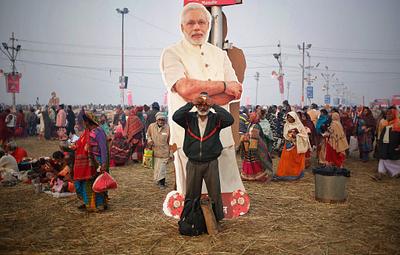 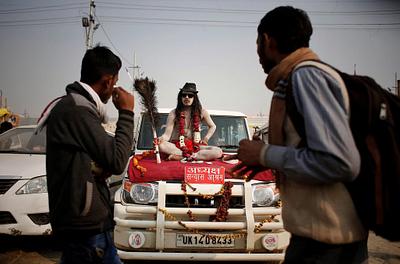 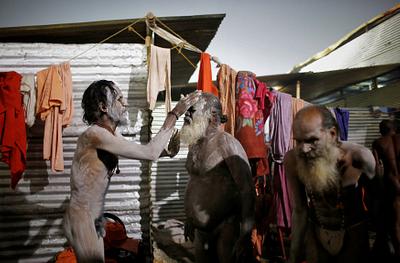 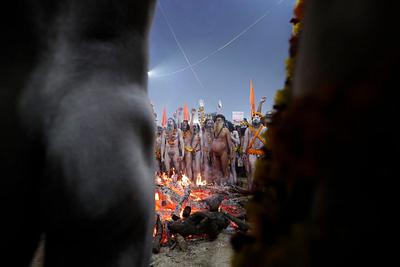 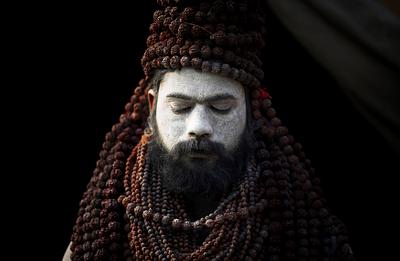